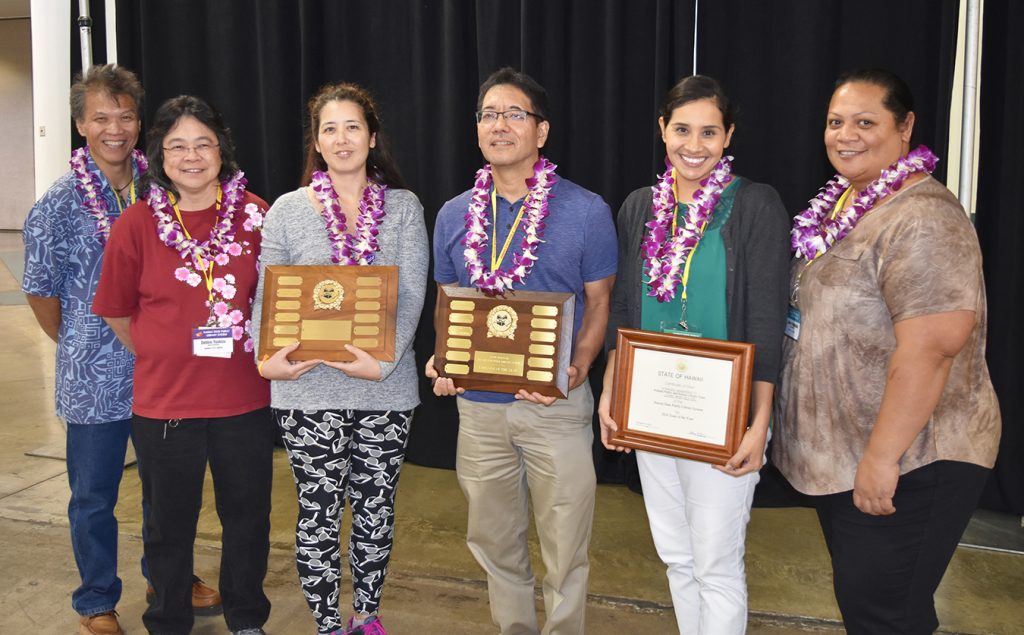 The Hawaii State Public Library System (HSPLS) is proud to announce the winners of its 2017 State Incentive & Service Awards Program. Winners were surprised and honored at their respective Maui and Oahu Library Institute Day Workshops:

Werner, Wailuku’s Branch Manager for more than 10 years, substantially increased the quality of Maui’s library services and staff development. She accomplished this through outstanding efforts as a leader and mentor, and was exceptional in planning and organizational skills. Werner was also effective in advocacy and coordination of innovative services – including the recently-launched Holoholo Bookmobile.

Fukumoto, Kaneohe Children’s Librarian since 2011, makes his weekly preschool storytime programs come alive with music, shadowbox plays, crafts, and puppets! Fukumoto regularly attracts crowds of 80 to 100 children, including some families who travel from Ewa Beach to Kaneohe. This is Fukumoto’s second Employee of the Year honor; first time was in 2010 as Salt Lake-Moanalua Library’s Children’s Librarian.

The HSPLS Manager, Employee, and Team of the Year winners will be honored with other departmental awardees at the Governor’s Awards Ceremony on May 18 at 2:30 p.m.