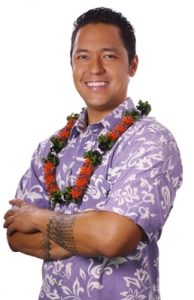 When Kaiwi is at the Liliha library, he’s where he belongs.

I grew up in the inner city. The hustle and bustle of everyday life was loud, fast, and at times scary. There wasn’t much to do and it seemed that time crept by within the walls of the city. The buildings were massive, normal, and served their purposes. But there was one – one special building where all of the city faded away. Liliha library was a respite for me and my imagination. I remember feeling a sense of calm wash over me as I approached the library. Unlike the sharp corners and cold concrete of the city, the library’s corners were rounded; its brick warm and textured, and the front stairwell and gates were shielded by what looked like dragon’s skin. The double glass doors gave a glimpse into another world, a safe one that was always prepared to expand my mind and my imagination beyond the city walls, beyond Hawaii, beyond our planet.

After my usual pause in the lobby to smell the familiar scent of books waiting to be read, I would go in search of “The First Book,” more commonly known as Where the Wild Things Are by Maurice Sendak. It was always there, in the same place. Sometimes I’d put it back a few books to the left or right so I could track if it was touched. Not that I minded, but “The First Book” was special as it immediately took me out of the city, out of this world. The pages flew through my fingers and by the time Max returned and dinner was found “still hot,” I was now warmed up and ready to take on any subject. After “The First Book,” anything and everything felt like mine. I could read whatever I wanted to… and I did.

Over the years, its dragon skin on the stairwell became brittle, a few tiles from the puzzle-piece mosaics went missing, and its cloud-like ceiling begins to chip and fall below. But I suppose “The First Book” was housed in “The First Building” for me. It’s a reason why I eventually studied architecture and wanted to build great things for Hawaii. I suppose it’s the reason why I am doing what I can to help keep “The First Building” safe, just as it once did for me.

Thank you, Kaiwi, for telling your story! 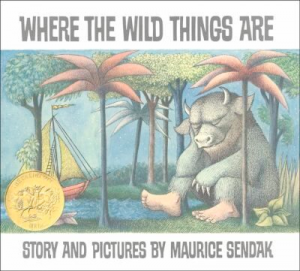 Where the Wild Things Are
Maurice Sendak

Tell us your story!

What are you doing when you are where you belong?